5 Ways Mosquitoes Can Make You Sick
about 3 years ago 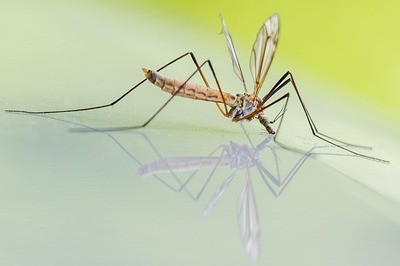 It is important to understand how mosquitoes breed and whether or not they can pose a threat to you and your family. A basic guide to mosquitoes will explain that standing water is an essential part of their life cycle and that adult mosquitoes can pose a serious threat to people with the number of illnesses they carry. It's vital that you eliminate mosquitoes in the areas around your home through effective professionally applied mosquito treatments, but if you choose to ignore what mosquitoes are capable of, here are five ways that mosquitoes can make you sick which will encourage you to take action sooner.

St. Louis Encephalitis can take place throughout the United States. It is not as common as the West Nile virus. However, the symptoms can be serious and you will need to be monitored by a doctor. The illness will begin with a fever and you will have a headache, be dizzy, tired and nauseated. If symptoms like a stiff neck occur, you need to seek medical attention right away because this is a sign of encephalitis which is very serious. There is not a cure or antibiotic for this, but the symptoms, especially the encephalitis need to be monitored and treated.

The Zika virus is actually a fairly mild illness. There may be a fever, a headache and a rash. Some people may have red eyes and joint and muscle pain. The illness usually clears up on its own after a week. The issue is that it can cause birth defects in the fetuses of pregnant women. The Zika virus is also considered an STD. There have been some cases reported in the United States, but not as many as in South America. If you are planning on traveling while pregnant to areas with the Zika virus, you will need to take further precautions.

Dengue fever is a mosquito-borne illness that is not common in the United States. Most of the reported cases are a result of traveling outside of the country. The illness with start off with a high fever and other symptoms including eye pain, joint pain and rash. As the fever goes away you need to watch for symptoms of bleeding, and red spots or patches on the skin or vomiting. The blood vessels can become leaky and lead to serious complications and you need to seek medical attention.

Malaria is a disease that is caused by a parasite. It is still in the United States, but most people who contract it have visited other countries. There are options that you can consider if you are traveling to an area with a malaria outbreak, including taking medication to prevent an infection and protecting yourself from mosquito bites.

Posted in:mosquito control
Read Further
The Differences Between STARI and Lyme Disease
Learn the difference between Lyme disease and STARI
Read more
5 Tips to Help Eliminate Fleas
Once your pet contracts fleas, it can be difficult to clear up an infestation. Fleas have a short life cycle, which means they reproduce quickly.
Read more
‹›×